7 factors that will shape the Nigerian banking industry - Financial Analyst 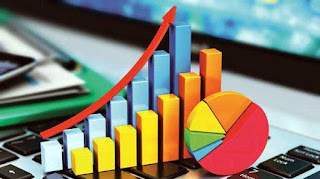 Developments in Nigeria’s banking industry in 2019 will be shaped by seven global and domestic factors which will work simultaneously to impact on banks’ profitability, earnings and non-performing loans. They will come with likelihood of staff retrenchment and increased confrontation between shareholders and management of banks. The seven factors and how they will likely impact the industry are presented below. 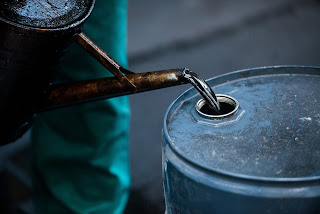 According to the Central Bank of Nigeria (CBN), the oil and gas industry accounts for 30 percent of total loans and 47 percent of nonperforming loans (NPLs) in the banking industry. When crude oil price is high or stable, oil companies do well and by extension banks make more money especially interest income from oil and gas industry. But when the price of crude oil falls, as it happened in 2014 to 2015, oil companies make less money or record losses and by extension, unable to repay their loans, resulting in increased NPLs in banks, and reduction in banks’ profitability.

The reality of this risk, according to analysts at Vetiva Capital Management Limited, will compel banks to reduce lending to oil and gas sector, which in itself can undermine their earnings and also economic growth.

“We expect banks to remain cautious in extending credit to the oil and gas sector given the recent bearish trend in oil price. We identify this as a quagmire for the economy where on one hand, strong credit extension to the private sector is a prerequisite to sustainable and inclusive economic growth while on the other hand banks continue to await a stronger recovery and a less volatile environment before investing their assets”,  they said in their 2019 projections.

International Regulations
The Basel Three and International Financial Reporting Standard 9 are international financial regulations, with the former taking effect last year while the later takes effect from January 1st, 2019. Implementation of the Basel Three leads to higher Capital Adequacy ratio for banks, while that of IFRS 9 raises the criteria for recognition of NPLs resulting to likelihood of higher credit losses for banks.

The net implication of the two regulations is that banks will have to raise fresh funds to increase their capital base in order to comply with regulatory capital adequacy requirements.  Thus in 2019, the banking industry will witness capital raising exercises by banks. “There will be need for additional capital because they are complying with IFRS 9 and with Basel 3, from January.  So capital adequacy ratios are going to be higher”, said Bismarck Rewane, Managing Director/Chief Executive, Financial Derivatives Company Limited.

“We should see banks trying to raise capital to improve their capital base in order to meet Basel 3 requirement. So we should expect some form of recapitalisation either in the form of equity or Tier 2 capital i.e. bonds”, said Johnson Chukwu of Cowry Asset. 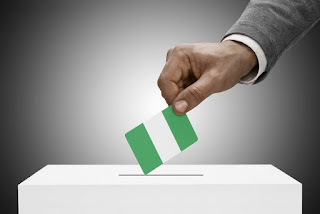 The outcome of the 2019 general election especially at the presidential level will greatly impact banking business in 2019. Analysts at Vetiva Capital projected that the slow growth of banks’ lending to the economy witnessed in 2018 will persist in the first half of the year due to election uncertainties. “We expect the conservative approach to credit growth to persist in 2019. Particularly, amid the upcoming election season we believe lenders will remain majorly on the sidelines through the first half of the year as the political scene takes center stage and also given the possibility of policy reversals in the economy should there be a change in leadership”.

Johnson Chukwu of Cowry Asset however noted that a peaceful outcome of the election will impact positively on banks business. He said: “Should election be successful and all the political parties and contestants accept the result, then we should see stable economic environment, and quicker recovery of the economy. But should the result be contested, then it will create some level of political uncertainty, then we should see reversed of economic recovery and economic instability”.

Change in economic policy
Closely related to the outcome of the election is the likelihood of a change in government’s economic policy post May 29th. According to Chukwu of Cowry Asset, “The policies of the new government will also have direct impact on the banking industry. If the current policies persist, the economy will witness slow growth, but should there be a new economic policy by whoever wins the election at the national level, then it should trigger stronger economic growth that will trickle down into customers’ demand for more banking services.”


Monetary Policy
The Central Bank of Nigeria (CBN) will likely sustain its tight monetary policy this year with primary aim of achieving exchange rate stability. This will affect banks in two major ways. The CBN will have to offer attractive yields on treasury bills to attract dollars from portfolio investors which is critically needed for external reserve accretion. This will lead to higher yields (interest rate) on treasury bills, and hence increase in banks’ income from these instruments.

But the CBN, in order to implement its tight monetary policy has been conducting liquidity mop up through treasury bills auction. Last week alone the apex bank mopped up N1 trillion from the interbank money market. This according to analysts at Vetiva Capital will produce intense competition for deposits among banks, which may likely increase their cost of funds and thinner net interest margin as they try to outbid each other with higher deposit rate. “We expect the apex bank to maintain this liquidity squeeze going into 2019 given our expectation of sustained currency and price pressure through the year which will also put an upward push on cost of funds as banks scramble for liquidity – a downside for the lower tier banks”, said Vetiva Capital analysts


Competition from Telcos and Fintech
For a long while, mobile telecommunication companies have been angling for opportunity to play in the financial sector but to no avail. This opportunity came last year when  the CBN introduced the Payment Service Banks regime, which allows telcos, fintech companies’  and other non-bank firms to render or operate eight banking related  services  through subsidiaries.  This development according Bismarck Rewane will trigger increased competition in the financial services sector, with telcos and fintechs competing for what have always been banks’ traditional businesses.
He said: “Competitive pressure from the telcos will put them (banks) under additional pressure. So the transaction banking space is going to be cannibalised. “There is going to be struggle for market share, both conventional competitors and non-conventional competitors. You know the vultures come in when people are weak, so the vultures are going to come in, and they are going to have a field day. So the banks have to reinvest themselves owing to the fact that what they call their traditional business is now threatened
“So the bargaining power of the banks will not be as big as what it used to be because it is a highly regulated industry but protected but now that telcos and Fintechs are coming in to compete, you are going to see them cannibalized and the productivity in the banking industry is pretty low.” 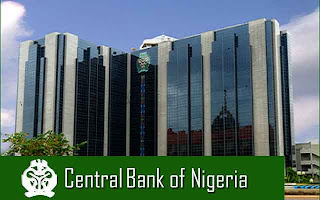 The five year tenure of Mr. Godwin Emefiele will expire on June 3rd 2019. His reappointment or appointment of another person to lead the apex bank will impact the banking industry. While the reappointment of Emefiele, who is believed to have performed well, is not expected to lead to radical changes or reforms in the banking industry, a new CBN Governor may likely introduce radical reforms which may shake the banking industry. For example, reforms introduced by Professor Soludo in 2004 led to consolidation in the industry with number of banks reduced from 81 to 25. Similarly, measures introduced by Emefiele’s predecessor, Mallam Lamido Sanusi, led to nationalisation of some banks and acquisitions of former Intercontinental Bank and former Oceanic Bank by Access Bank and Ecobank respectively, leading to further reduction in number of banks. Thus who leads CBN post June 3rd 2019 may lead to another round of measures which may make or mar some of the banks.