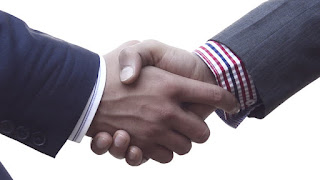 Access Bank Plc and Diamond Bank Plc yesterday ended months of speculations over their future when they finally agreed to merge, signing a Memorandum of Agreement, which if approved by the Central Bank of Nigeria (CBN) and the Nigerian Stock Exchange (NSE), would move Access Bank, the principal partner, from number four to number two or number one in the nation’s banking hierarchy, if the current growth trajectory of Access Bank is maintained.

Another source confirmed that the deal has been sealed and awaiting final ratification from the regulatory body.
Last week, Diamond Bank announced its decision to drop its international operating license to focus on national operations following capitalization issues.

Uzoma Dozie, the bank’s Chief Executive Officer, confirmed the development in a statement released on Friday. Dozie had said: “With this approval, the bank will cease to operate as an international bank.

“The re-licensing as a national bank supports Diamond Bank’s objective of streamlining its operations to focus resources on the significant opportunities in the Nigerian retail banking market, and the economy as a whole. The move follows Diamond Bank’s decision to sell its international operations, which included the disposal of its West African Subsidiary in 2017 and Diamond Bank UK, the sale of which is currently in its final stages.”

“The change to national bank status also enables the bank to maintain a lower minimum capital requirement of 10 per cent, as against 15 per cent required for international banks.”

The bank recorded its worst month on record in November with share plunging to 0.61k per unit on November 30, 2018.