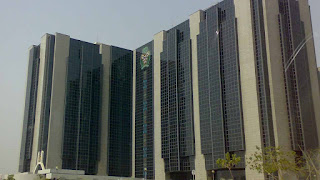 The Central Bank of Nigeria (CBN) has revealed that commercial banks in the country lost a total of N12.06 billion to fraud and forgeries in the first six months of 2018.

This was disclosed in its ‘Draft 2018 Half Year Economic Report’ that was posted on its website Thursday.

According to the report, there were 20,768 reported cases of fraud and forgery (attempted and successful), valued at N19.77 billion in the review period, compared with 16,762 cases, involving N5.52 billion and US$ 0.12 million in the corresponding period of 2017.
“The actual loss by banks to fraud and forgery, however, amounted to N12.06 billion, compared with the N0.78 billion and US$0.03 million, suffered in the first half of 2017.

According to the apex bank, the health of banks improved in the review period, following the sustained recovery in macroeconomic conditions, including declining inflation, stable exchange rate and gradual upswing in the real economy.

“At this level, the ratio, remained above the regulatory threshold of five per cent. The decrease in the NPL ratio reflected the effect of the favourable macroeconomic conditions and stricter prudential regulation,” it explained.

To further consolidate on the improvement, the report disclosed that the CBN in the review period, directed banks to intensify efforts at debt recovery, realisation of collateral for lost facilities and strengthening their risk management processes.
Loan loss provision was 75.74 per cent at the end of June 2018, as against 80.4 per cent in the corresponding period of 2017.

The apex bank received 1,439 complaints from consumers of financial services in the first half of 2018, compared with the 1,141 in the corresponding period of 2017. The complaints were mainly in respect of excess charges, frauds, dishonoured guarantees and unauthorised deductions/ transfers, among others.