Uncategories WHERE ARE THE NIGERIAN COINS?

WHERE ARE THE NIGERIAN COINS?

Introduced in 1973, the currency currently used in Nigeria is the Naira and Kobo. Prior to this, the country used Pounds as the legal tender. Naira has the sign ” ₦” while the kobo is signed ”K” .
The Kobo
In 1973 the kobo had five denominations namely 1/2k, 1k, 5k, 10k and 25k. In 1989 50K and N1 notes were changed to coins. In recent times the kobo coins have been phased out as the value can no longer purchase items.

Statistics has it that Nigeria as a nation may not advance economically because its present monetary policy is wrong. The question then becomes if Coins are still being used in the US, UK, Europe, United Arab Emirates, why then has it gone into extinction in Nigeria?

Research recently conducted by experts’ shows that in the early 90s coins were in use and considered good money in Nigeria and now it is the only country in the entire West African sub-region where there is total absence of coin in the total economy.

Despite the huge budget by the CBN on sensitizing Nigerians on the need to accept coins, the transaction chains were broken and banks and customers reject the currency, thus, promoting corruption and escalating inflation to the extent of diminishing the value of the coins.

Ike Ekweremadu, the deputy president, who led the house senate urged the CBN to sanction deposit money banks that have made a habit of  rejecting coins, and urged the banks to bring back coin usage but would this persuasion be put into consideration? Matters arising. The nitty-gritty of it all is not the reintroduction of coins but what it will be used for.
The question on the lips of Nigerians are:
Why does the ATM not dispense lower denominations?
Why can we not buy anything anymore with five Naira?
Why is there no policy in place to enact the acceptance of coins in banks?
Who then would see that these questions be looked into and solutions be proffered in an economy such as ours that has been highly dollarized, and those on the highest strata of the society prefer to transact business in dollars.

Arguably, this trend has affected day-to-day business transactions of ordinary Nigerians. The lack of coins and other lower denominations has resulted in prices being rounded which has caused negative effect on our economy. 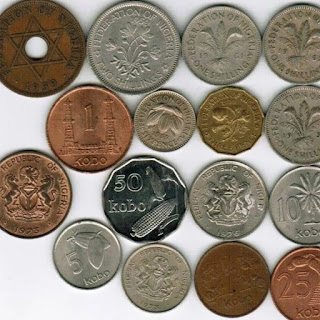