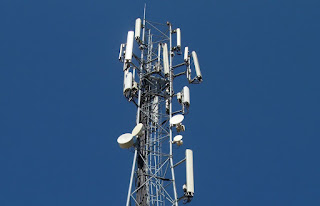 Telecommunications companies, telcos, in Nigeria are not leaving any stone unturned in their quest to play in the mobile money space.

Although telcos say their sole purpose of seeking formal participation in this market segment is not purely commercial, rather a response to government’s quest to deepen financial literacy in the country, there are clear evidences that if they have their way, they will still make a business kill.

Mobile Money allows customers to transfer or receive money to wallets across all telecom networks, which offer mobile money services. It also allows users to transfer money between mobile wallets and bank accounts.

With these statistics in mind and with the plans to turn the over one million airtime agents across the country into mobile money agents, the services will improve, the e-payment channel market will expand and it will not be difficult to guess who will smile to the banks with a huge chunk of the revenue.

However, the argument against the telcos has been that if allowed, they could diminish the essence of retail banking and possibly drive operators out of the 0market. While the telcos have repeatedly denied being competitors to retail bankers but could complement their efforts, many technology industry practitioners have also dismissed the argument.

Countering the argument, a senior official of one of the top GSM operators in the country who pleaded anonymity, said: “We are not banks but we are service providers, the banks should be our major business partners to support what we do as we support theirs too. All the transactions that people do today the banks are the custodians, they hold these funds and ensure that the funds are also protected from the customer’s point of view. So looking at it dispassionately, the banks have a lot to gain” He called for better collaboration between the banks and telcos to improve the mobile money industry in the country.