CBN Abolish Charges and Commissions for FOREX Purchase in Banks 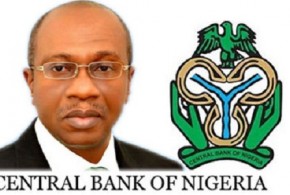 Before this announcement yesterday, banks have been charging commissions on FOREX bought by customers for invisible transactions. This decision was made at the end of the first Bankers’ Committee meeting of 2018. This committee which comprises of banking industry regulators and Chief Executives of banks all agreed to scrap the commissions being charged by banks and also called on customers to report any bank that sells above the rate of ₦360/dollar or imposes charge or commissions for FOREX sales.

According to the report on vanguardngr.com, The Managing Director/ Chief Executive, FSDH Merchant Bank, Mrs. Hamda Ambah disclosed this during a press conference at the end of the Committee’s meeting held in Lagos yesterday. She said: “It was agreed that the foreign exchange that banks sell to their clients for PTA, BTA, school fees and medical bills, that henceforth, all banks should charge N360 per dollar   and there would be no commission or whatsoever charged by the banks for such sales. We want to make sure that this is uniform across all banks. Customers should report any bank that goes outside of this. “It has actually been N360 for a while, but some banks in addition were charging commission. The banks buy at ₦357 from the CBN’’.