Uncategories See how to send your money on errands

See how to send your money on errands 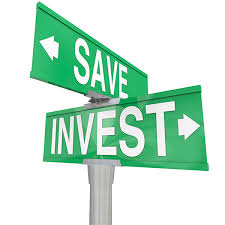 While making your New Year resolutions for 2018, it really won’t be a bad idea if making your money work for you is included as one of them. I once heard that one does not obtain financial freedom until he is able to sleep and wake up richer than the previous night.

Personally, I am not an advocate of savings. I love to see my money work rather than piled up in the bank waiting for the rainy days. However, there is a good side to allowing your money work for you while being piled up in the bank. This is investment in TREASURY BILLS or FIXED DEPOSIT. Most bankers’ will rather you invest in fixed deposit other than Treasury bills and I will tell you the reason soon but whichever you choose, it is far better than just leaving your money to cool in your account.

Treasury Bills are short term debt instruments issued by the National Government through the Central Bank to provide short term funding for the Government. It is also a tool used by Central Banks to control money supply in an economy. They are usually for the tenure of 91, 182 and 364 days and one can buy as low as ₦10,000 in multiples of 1,000. It is a zero risk investment whose interests are paid up front. Interest rates on Treasury bills are not fixed and vary from time to time based on demand and the amount offered by the Central Bank. An investor in Treasury bill can choose to do so either on the primary or secondary market. Investing through the primary market is bidding through your bank where you authorize them to debit your account a certain amount at a given rate. While on the secondary market requires buying Over The Counter (OTC). Funds invested in Treasury bills in your bank do not stay with your bank; they are remitted to the Central Bank; your bank only serves as a primary channel or agent through which the funds are passed on to the Central Bank and this is the reason why banks will rather you invest in fixed deposits knowing that the funds remain with them.

On the other hand, Fixed Deposit funds as the name implies are funds fixed with the bank at an agreed rate and tenor. Tenures on fixed deposits are either 30, 60, 90,180 and 360 days. One major thing to note about fixed deposit is that you can access your funds at any given time without the completion of the tenure. Many are always weary that once the funds are fixed, they may not be able to access it until the expiration of that tenure. They are however worried of the fact that in the likely event of urgent need for cash, they might be stranded. This is however not the case. You can choose to part-liquidate from your investment while the balance is re-booked. This however, comes with a charge made on the accrued interest.

However, whichever way you choose to invest your funds; either through Treasury bills or Fixed Deposit, it is a right attempt of making your money work for you. I remember as a marketer a time when my customer got in about ₦110,000,000.00 into his account for payment of execution of jobs. The customer having paid out his immediate suppliers, informed us that he will be leaving the balance of ₦70,000,000.00 for the next 2 months when he will resume major work at the site. I immediately advised him to fix the money (being a marketer) for the next 30 days pending when he is ready for it. The man refused, stating that he didn’t trust that the bank will release his money as and when due. For him, it was safer leaving it the current account where he can always wake up to see it other than in a separate account where according to him, chances are there that he might not be able to access it (funny right?). I was so worried by his response and had to take time out to personally school him. This is one major function bankers should always render to their customers at all times (Financial Advisory). It is your customer’s right to know and as well your responsibility to render them that service. My customer after 30 days was about ₦500,000.00 richer and of course happier!

In as much as Treasury bills are most advisable for investors, considering the fact that they are zero risk, customers could also weigh their options in terms of the rate and should go for that which offers a better rate. Sometimes, banks depending on the urgency of the need for liquidity, tend to offer rates as high as that of Treasury bills in order to get more people to bring in funds into the system.
The idea is to get richer by working smarter, it is about sending your money on errand and making it work for you. No matter how little your funds are right now, always have the mindset of duplicating it, always have the mindset of investing.