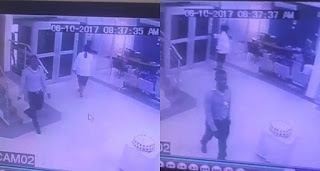 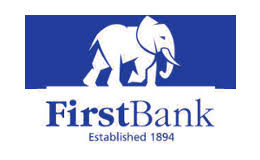 Hugh McCulloch an American banker once gave some advice to banks one of which he said ‘Treat your customers liberally, bearing in mind the fact that bank prospers as its customers prosper’. This quote I believe should remain at the front burner of any bank that wishes to prosper while building a win-win position for the bank and its customers. Over the years, First Bank Nigeria PLC has remained the darling bank of so many Nigerians which can be seen from the level of loyalty displayed by their customers. Most septuagenarians and above in Nigeria today have their accounts with FBN and are not willing to break that bond. Kudos really ought to be given to the bank for having been able to come this far. However, I will love the Management of this Institution to remind many members of the bank in all branches across Nigeria the main purpose of the bank which is to always put its customers, partners and all stakeholders at the heart of our business.


Some branches seem to have forgotten that vision and if not immediately managed, will cause a bad reputation to the bank. On the 29th of November 2017, a video went viral on the internet of how a customer was duped of her money in the banking hall. Apparently, one Mrs Uju had dropped her girl at the bank with the instruction to pay in the sum of ₦212,000.00 into her account, the girl went into the banking hall which at the time had no security guards to even direct customers. She made her way upstairs to make the payment when a man dressed as a bank staff walked up to her and offered to assist with the bulk cash. The man went into the bulk room (which is supposed to be restricted for staff only) and started a conversation with the girl and another officer with the aim of distracting the girl. In a short while, the video showed the man sneaked out of the hall with the cash in his hand. The victim has made several attempts to get this case investigated or to even get compensated all to no avail only with the response that the bank cannot be blamed.

In as much as I want to believe that the decision makers in the bank are yet to know of this case, I wish to remind them that as an institution, it is their responsibility to first and foremost, protect their customers. They owe their customers the duty of care which completely was breached in this case. It is enough carelessness on their part not to have security personnel stationed in the banking hall to guide customers which is the proximate cause of this huge financial loss to the customer. This duty of care can also be seen to have been breached when they failed to investigate this case and see how to compensate the customer instead of leaving her to the fight alone. Abandoning this customer to her fate is nothing but gross wickedness, irresponsibility and unprofessional.

I agree that the bank might want to defend themselves by claiming a contributory damage on the part of the customer (which I agree) but not to leave the customer all by herself in the case. If the bank chooses to claim a contributory damaged on the customer, then the compensation of the loss if not fully should be partly returned. Empathy is key in business and until one learns to put himself in the shoes of the other person, he won’t understand how best to serve the person. While further investigations remain on-going, we call on the Management of First Bank to quickly look into this situation rather than leave their customer in pain.