Where Art Thou O' CBN? Staff and Customers Cry!

I am writing this article, calling on the regulatory body of banking institutions in Nigeria (CBN) to be a bit more involved in the activities of the banks in Nigeria. It does not end at just regulating monetary policies but also the welfare of the staff members and customers should be of ultimate concern to the regulatory body.

The outcry is just too loud for CBN to act like they’ve not heard. Staff members are used like slaves and made to believe that they don’t have a life for working in the bank. It is very usual for us to blame the government for lack of jobs and options in the labor market which is the major reason why most bankers endure the suffering and hardship that confronts them. 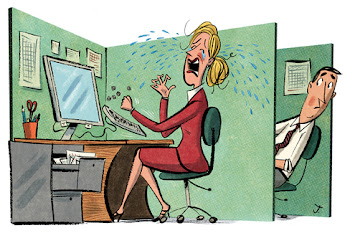 Yes! Unlike other firms, bankers seem to earn more but I also believe that they won’t mind if the salaries are cut down just to ensure that they have peace in their place of work.

Why would a marry man, someone’s father! made to kneel down begging another man just for the mere reason of ensuring that his job is saved and after all said and done, the job he protects is taken away from him?
I learnt that Mr Bunmi Falana; the man whose picture went viral for kneeling down to Governor Fayose has been demoted from the role of a team lead to a mere marketer just because he knelt down to save his job and the image of the bank. In case you don’t know, when a bank wants to lay a staff off his job indirectly, this is how they start. They either put you in a position too low for your personality or they tell you off straight up.

Why can’t this industry attract the necessary supervision it requires? Why would the executive management of banks be allowed to ruin the life of so many? Why can’t the CBN and the Federal Government at large settle and make conscious effort to look into the many allegations of bankers or should they look up to Labor Union for bail out? The staff members are never happy same with the customers.

Just the other day, a picture of an angry student went viral where she was pleading with Ecobank to refund her money which was deducted from her account without any explanation what has happened to the theory of “customers are always right”?

Why have banks forgotten that the only reason why they are in business is for the customers?
Why have they forgotten that all those long “vision and mission statements” they keep reciting and displaying in their banking hall is only achievable when their staff members are happy?
Unhappy staff can never produce happy customers!

I plead with all banks to pay more respect to their staff in order for their staff to do same to their customers.

This is the only way they can be profitable and happy in business.

I hope this message sinks…..