This is amazing, as reported by www.thecable.ng that banking operations were paralysed across India on Friday as around one million employees went on strike to protest government proposals to reform the industry. 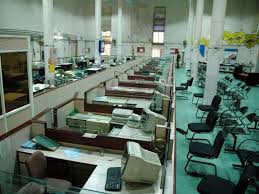 Staff from 45 governments, private and foreign banks participated in the strike, which was called by the United Forum of Bank Unions, an umbrella organisation representing nine unions of bank employees.
The forum opposes government proposals to consolidate public sector banks through mergers, allow more private and foreign capital into banks and issue new licences to corporations to start new banks.
“The day-long strike was successful and affected work at nearly 80,000 branches across India,” CH Venkatachalam, general secretary of the All India Bank Employees Association, said from the southern city of Chennai.
“We oppose further privatisation of banking sector.
“For one, we want strong safety of people’s money, which will be vulnerable to risks with private banks taking more risks with their profit motive.
Venkatachalam added that India’s banking sector was already beset with a huge number of bad loans.