Dear ibank, I am a student of the University of Lagos and you know how it is, every dime is important. 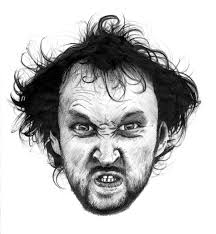 On the 2nd of January, 2016 I received a text notification from my bank, Access Bank only to discover it was a debit alert. It was the last thing I was expecting given I hadn’t done any transaction on the account so I looked to be certain of the transaction, it was “SMS Alert Charge Dec-2015” I thought to myself “Oh ok, No wahala”. About 10minutes later I received a debit alert from same Access Bank and it’s another N36 charge for December SMS Alert. While I was still trying to comprehend if it was just a duplicated text, I got 2 more same amount, same narration and subsequently SIXTEEN (16) more over the following 24hours. I’m not kidding, I was debited 20times for the same charge.


I called the Access bank contact centre, which I must confess is usually very reliable, and I was told it was a system error and the funds will be reversed. As I speak it’s the 8th of January, 2016 and this issue is yet to be resolved. ibank, if this is not a breach of promised customer service/satisfaction and trust, what is?

Dear reader, it is sad that most banks do not follow through in fulfilling their promises to customers, the more reason we are out to ensure our voice is heard and we are made the priority in their business. This particular complaint has been taken up on twitter and facebook and we have sent it directly to them. Kindly send your phone number via mail to us to enable the bank reach you directly. Also be careful and ensure you are at Access bank's branch while attending to your issue so you do not give your details to anyone over the phone.

Me I think banks do this thing on purpose o. Maybe to dress their books onto year end profits.